Sportsmen know more about the importance of pushing themselves to the limits than anybody else. Why not listen to their pieces of advice?


Success in anything will always come down to this:  Focus & Effort, and we control both of them. – Dwayne “The Rock” Johnson


You have to do something in your life that is honorable and not cowardly if you are to live in peace with yourself.
– Larry Brown


It’s hard to beat a person who never gives up. – Babe Ruth 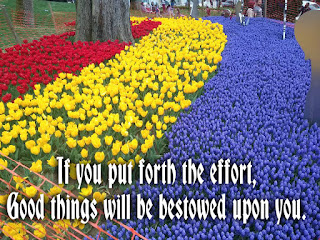 If you put forth the effort, good things will be bestowed upon you.” – Michael Jordan


Gold medals are made out of sweat, blood and tears and effort in the gym every day. – Gabby Douglas


Most people give up just when they’re about to achieve success. They quit on the one yard line. They give up at the last minute of the game one foot from a winning touchdown.
– Ross Perot


You find that you have peace of mind and can enjoy yourself, get more sleep, and rest when you know that it was a one hundred percent effort that you gave–win or lose.– Gordie Howe

The harder the battle, the sweeter the victory. – Les Brown


You have to expect things of yourself before you can do them. – Michael Jordan


Winning isn’t everything, but wanting to win is. – Vince Lombardi


Motivational Quotes From Legends in Sports

There may be people that have more talent than you, but there’s no excuse for anyone to work harder than you do. – Derek Jeter


The only way to prove that you’re a good sport is to lose.
– Ernie Banks


Only he who can see the invisible can do the impossible.
– Frank L. Gaines


Age is no barrier. It’s a limitation you put on your mind.
– Jackie Joyner-Kersee


I always felt that my greatest asset was not my physical ability, it was my mental ability.
– Bruce Jenner


Number one is just to gain a passion for running. To love the morning, to love the trail, to love the pace on the track. And if some kid gets really good at it, that’s cool too.
– Pat Tyson