Motivational Quotes About Effort and Love: Try a Little Harder

When you reach for the stars, you are reaching for the farthest thing out there. When you reach deep into yourself, it is the same thing, but in the opposite direction. If you reach in both directions, you will have spanned the universe.
Vera Nazarian, The Perpetual Calendar of Inspiration


Never give up.
It's like breathing—once you quit, your flame dies letting total darkness extinguish every last gasp of hope. You can't do that. You must continue taking in even the shallowest of breaths, continue putting forth even the smallest of efforts to sustain your dreams. Don't ever, ever, ever give up.
Richelle E. Goodrich, Smile Anyway


Leaders are made, they are not born. They are made by hard effort, which is the price which all of us must pay to achieve any goal that is worthwhile.
Vince Lombardi


Satisfaction lies in the effort, not in the attainment, full effort is full victory. – Mahatma Gandhi


The one thing that matters is the effort. – Antoine De Saint-Exupery 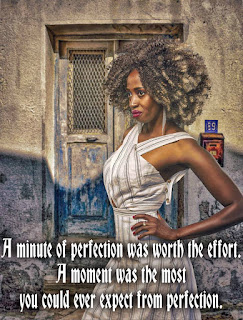 A minute of perfection was worth the effort. A moment was the most you could ever expect from perfection.
Chuck Palahniuk


It’s the constant and determined effort that breaks down all resistance, sweeps away all obstacles. – Claude M. Bristol


Those of you, who are wondering if it is worth to put in the greater effort when it comes to love, leave your doubts behind. These quotes about effort and love will explain why.


Always make a total effort, even when the odds are against you. – Arnold Palmer


Encouraging Quotes About the Significance of Putting in Effort

Who you are tomorrow begins with what you do today.
Tim Fargo

If you're not gonna go all the way, why go at all?
Joe Namath

We all have dreams. But in order to make dreams come into reality, it takes an awful lot of determination, dedication, self-discipline, and effort. – Jesse Owens

If I put forth a legitimate effort, then I feel like, if that doesn’t work out, that’s all I can do. – Dave Chappelle

Success is the sum of small efforts, repeated day in and day out. – Robert Collier

A pint of sweat, saves a gallon of blood. – George S. Patton

All the effort in the world won't matter if you're not inspired.
Chuck Palahniuk, Diary

Nothing in the world is worth having or worth doing unless it means effort, pain, difficulty… I have never in my life envied a human being who led an easy life. I have envied a great many people who led difficult lives and led them well.
Theodore Roosevelt

Well, any effort to maximize your potential and ability is a good thing. – Daniel Goleman

Life can be boring unless you put some effort into it. – John C. Maxwell

If you know how much work effort is required for a certain task, but have a hard time making an effort, don’t miss these encouraging quotes.

And what a gift to be reminded that everything we seek is seeking us. Surely we can rest in knowing that all that will be will be and all that has been was not for naught. We can live and love and let go; we can be grateful and hopeful; we can feel it all fully, the good the bad and the difficult, knowing that tomorrow the sun will rise, just after the moon shines bright into the darkness.

Don't wait for the perfect moment, take a moment and make it perfect. ????