Fasting on the day of arafah, it expiates the sins of the previous of the year and that of the following year.

It is the day on which the religion was perfected and Allah’s Favour was completed.
In Al-Saheehayn it was reported from ‘Umar ibn al-Khattaab (radi Allahu anhu) that a Jewish man said to him, “O Ameer al-Mu’mineen, there is an aayah in your Book which you recite; if it had come to us Jews, we would have taken that day as an ‘Eid (festival).” ‘Umar said, “Which aayah?” He said: “This day I have perfected your religion for you, completed My favour upon you, and have chosen for you Islam as your religion.” [al-Maa’idah 5:3 – interpretation of the meaning]. ‘Umar said, “We know on which day and in which place that was revealed to the Prophet (sal Allahu alaihi wa sallam). It was when he was standing in Arafah on a Friday.”

It is a day of Eid for the people who are in that place.
The Prophet (sal Allahu alaihi wa sallam) said: “Yawm Arafah (the day of Arafah), Yawm al-Nahr (the Day of Sacrifice) and Ayyaam al-Tashreeq (the 3 days following Yawm al-Nahr) are Eid (festival) for us, the people of Islam. These are days of eating and drinking.” This was narrated by the authors of al-Sunan. It was reported that ‘Umar ibn al-Khattaab said: “It – i.e., the aayah ‘This day I have perfected…’ was revealed on a Friday, the Day of Arafah, both of which – praise be to Allah – are Eids for us.”

It is a day by which Allah swore an oath.
The Almighty cannot swear by anything except that which is mighty. Yawm Arafah is the “witnessed day” mentioned in the aayah (interpretation of the meaning):
“By the witnessing day [Friday] and by the witnessed day [the Day of Arafah].” [al-Burooj 85:3].
It was reported from Abu Hurayrah (radi Allahu anhu) that the Prophet (sal Allahu alaihi wa sallam) said: “The promised day is the Day of Resurrection, the witnessed day is the Day of Arafah, and the witnessing day is Friday.” [at-Tirmidhi - classed as sahih by Sh al-Albaani]
It is the “odd” [i.e., odd-numbered, Witr] by which Allah swore in the aayah (interpretation of the meaning):
“And by the even and the odd” [al-Fajr 89:3]. Ibn ‘Abbaas said: “The even is the Day of al-Adhaa [i.e., 10th Dhoo’l-Hijjah] and the odd is the Day of Arafah [i.e., 9th Dhoo’l-Hijjah] This is also the view of ‘Ikrimah and al-Dahhaak. 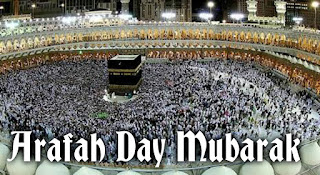 Fasting on this day is an expiation for two years.
It was reported from Abu Qutaadah (radi Allahu anhu) that the Messenger of Allah (sal Allahu alaihi wa sallam) was asked about fasting on the Day of Arafah. He said, “It expiates for the sins of the previous year and of the coming year.” [Sahih Muslim]
This (fasting) is mustahabb for those who are not on Hajj. In the case of the one who is on Hajj, it is not Sunnah for him to fast on the Day of Arafah, because the Prophet (sal Allahu alaihi wa sallam) did not fast on this day in Arafah. It was narrated that he forbade fasting on the Day of Arafah in Arafah (i.e the one making Hajj who is in Arafah).

It is the day on which Allah took the covenant from the progeny of Adam.
It was reported that Ibn Abbaas (radi Allahu anhu) said: the Messenger of Allah (sal Allahu alaihi wa sallam) said: “Allah took the covenant from the loins of Adam in Na’maan, i.e., Arafah. He brought forth from his loins all his offspring and spread them before Him, then He addressed them, and said: ‘Am I not your Lord? They said, ‘Yes, we testify,’ let you should say on the Day of Resurrection: ‘Verily, we have been unaware of this.’ Or lest you should say: ‘It was only our fathers aforetime who took others as partners in worship along with Allah, and we were (merely their) descendents after them; will You then destroy us because of the deeds of men who practised Al-Baatil (i.e., ploytheism and committing crimes and sins, invoking and worshipping others besides Allah)?’ [al-A’raaf 7:172-173 – interpretation of the meaning].” Narrated by Ahmad and classed as saheeh by al-Albaani. And there is no greater day than this and no greater covenant than this.

It is the day of forgiveness of sins, freedom from the Fire and pride in the people who are there:
In Sahih Muslim it was narrated from ‘Aaishah (radi Allahu anha) that the Prophet (sal Allahu alaihi wa sallam) said: “There is no day on which Allah frees more people from the Fire than the Day of Arafah. He comes close and expresses His pride to the angels, saying, ‘What do these people want?’”
It was reported from Ibn ‘Umar that the Prophet (sal Allahu alaihi wa sallam) said: “Allah expresses His pride to His angels at the time of ‘Ishaa’ on the Day of Arafah, about the people of Arafah. He says, ‘Look at My slaves who have come unkempt and dusty.’” Narrated by Ahmad and classed as saheeh by al-Albaani.
And Allah knows best. 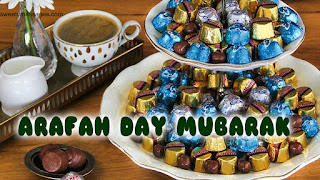 Muslims around the world who are not participating in the pilgrimage often spend this day in fasting and devotion. Both government offices and private businesses in Islamic nations are generally closed on the Day of Arafat to allow employees to observe it. The Day of Arafat is therefore one of the most important holidays in the entire Islamic year. It is said to offer expiation for all sins of the prior year, as well as all sins for the upcoming year.

This day have I perfected for you your religion and completed My favour on you and chosen for you Islam as a religion (Quran 5:3)
Arafat day Mubarak !

There is no day on which Allah frees more people from the Fire than the Day of Arafah. He comes close and expresses His pride to the angels, saying, ‘What do these people want?’
Our Prophet (SAW) mentioned that:
“The best invocation on the day of Arafah, and the best of all the invocations I ever offered or other Prophets (peace be upon them all) before me ever offered is;
“There is no god but Allah: He is Unique; He has no partner, the whole universe is for Him and for Him is the praise, and He has power over all things.”


I would like to congratulate the whole Muslim world for the Eid al-Adha.
May Allah's (swt) peace, mercy, and blessings be upon you.
May this Eid alAdha bring many beauties for all of us.


The occasions of eid are the days of sharing, offering, and helping.
We should bear in mind that our neighbors, relatives, poor people, orphans, and people in need have their rights over our qurban.
Let us remember that we gain as much as we give out, and we get richer as much as we share out.

you have read about
What is the Meaning and Significance of the Day of Arafat?
on this page
Send By: Ayşenur kök Time : Friday, August 17, 2018