“Indeed, those who have said, ‘Our Lord is Allah’ and then remained on a right course; the angels will descend upon them saying, ‘Do not fear and do not grieve but receive good tidings of Paradise, which you were promised...
Jumma Mubarak!


We seek refuge in Allah’s exact words, His eternal will and judgement from all evil and malice and doers of evil.
Jummah Mubarak!


A believer is like a honeybee. He always eats good, clean, lawful things like the bee.
He always produces good things, always purses goodness.
He never breaks or ruin anything...
Jumma Mubarak!

The believer is one who sincerely believes in the existence and oneness of Allah.
They unwaveringly acknowledge Allah’s angels, books, prophets; the afterlife, destiny, and what Muhammad Mustafa (pbuh) brought from the ranks of Allah.
The believer is the person who turns the Prophet’s exemplary morality into a life.
Jumma Mubarak!


The believers presented to us in the Quran are those cognizant of the purpose and wisdom in their creation.
They think, remember, and reflect upon what they see, hear, and experience.
They live with the awareness of being servants and worshipping.
They perform their prayers with conscious and in submission and consider them ascension.
They give charity merely for Allah’s sake from the heart.
They make their fast a shield against evil.
Jumma Mubarak!


Believers are true servants of the Compassionate.
Their hearts are satisfied with the remembrance of and gratitude to Allah.
They feel a heartfelt, deep respect when His name is mentioned.
They are not deaf or blind to the verses, commandments, and bans of Allah.
They strive to understand them all accurately and implement them in the best way.
Jumma Mubarak! 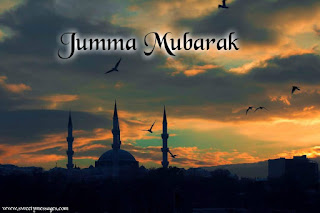 Believers are humble. They do not get arrogant.
They do not brag. They do not act superior.
They are dignified.
They stand clear of empty words, acts, and attitude that are of no use to their world and afterlife.
When the ignorant pick on them, they merely respond by saying, “peace!”
Jumma Mubarak!


Believers have trust. They only rely on Allah.
They only seek His help.
They repent for their faults and sins.
They recognize their mistakes and do not persist on them.
They always act with patience. They do not give up in the face of hardship and calamity, they do not lose hope.
They know life is a test and say "To Allah we belong and to Him we shall return,” thereby uttering their submission and fortitude.
They overcome anger.
They forgive the bad things done to them.
Jumma Mubarak!


Allah the Exalted (swt) states, 'There are three whose adversary I shall be on the Day of Resurrection:
a man who has given his word by Me and has broken it;
a man who has sold a free man and has consumed the price;
and a man who has hired a workman, has exacted his due in full from him but has not given him his wage.’
Jumma Mubarak !...


Goodness is the thing that brings your heart to peace and what you are comfortable with.
Evil is the thing that makes you feel uneasy, doubtful, suspicious, and anxious even if people gave you a fatwa.
Jumma Mubarak !... 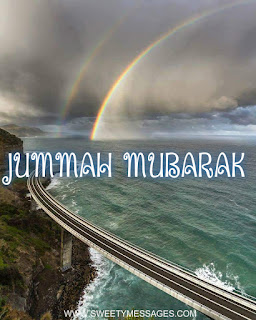 Believers adopt righteousness and loyalty as motto.
They avoid lies, false testimony, and deception.
They never break their word. They never misappropriate.
They do not veer away from what is true and just.
They preserve their dignity and honor. They do not shy away for one
second from fighting for a humane life.
They do not hang back from sacrificing in Allah’s cause in poverty and in wealth.
Jumma Mubarak!


A man is not a believer who fills his stomach while his neighbour is hungry
Jumma Mubarak !...