As the family goes, so goes the nation and so goes the whole world in which we live. Pope John Paul II

To maintain a joyful family requires much from both the parents and the children. Each member of the family has to become, in a special way, the servant of the others. Pope John Paul II

Freedom consists not in doing what we like, but in having the right to do what we ought. Pope John Paul II

The worst prison would be a closed heart. Pope John Paul II 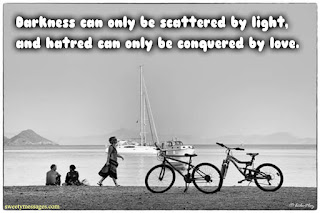 
Do not forget that true love sets no conditions.  It does not calculate or complain, but simply loves.


Love that leads to marriage is a gift from God and a great act of faith toward other human beings.


Freedom exists for the sake of love.

The greater the feeling of responsibility for the person, the more true love there is.