Whoever kills a soul is as if he had slain the entire humankind.
jummah Mubarak!


Believers adopt righteousness and loyalty as motto.
They avoid lies, false testimony, and deception.
They never break their word. They never misappropriate.
They do not veer away from what is true and just.
They preserve their dignity and honor. They do not shy away for one
second from fighting for a humane life.
They do not hang back from sacrificing in Allah’s cause in poverty and in wealth.
Jumma Mubarak!


O you who have believed, if there comes to you an untrustworthy one with information, investigate....
Jummah Mubarak!

Considering a piece of information true without investigating it and verifying its accuracy may lead us to wrong conclusions.
It may cause undesired circumstances, sedition, and mischief.
And as a result, we may regret what we have done.
Jumma Mubarak!


Do not call each other by offensive nicknames.
jumma Mubarak!... 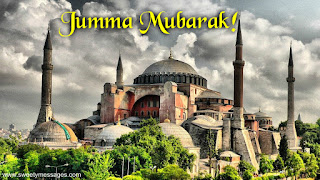 Assumption about others often misleads and causes one to sin. It leads to misunderstandings and disturbances...
Jumma Mubarak!...


Marriage is not just a formal ritual that brings two bodies together.
It is the promise couples make to one another to share a lifetime with Allah Almighty as their witness.
It is a pact, it is an agreement, and it is an oath.
For it is a pact and a treaty, i.e. a contract, it brings us a moral responsibility.
For it is an agreement, it brings us a legal responsibility.
For it is an oath, it reminds couples that they have promised not only each other but also Allah, and they are under liability.
Jumma Mubarak!


Jumu’ah Mubarak, Dear Brothers and Sisters!
Our Almighty Lord enjoins:
O mankind! Behold, We have created you all out of a male and a female, and have made you into nations and tribes, so that you might come to know one another.
Verily, the noblest of you in the sight of Allah is the one who is most deeply conscious of Him. Behold, Allah has full knowledge and is well acquainted (with all things).
Have a Blessed friday


Do not backbite each other. Do not talk behind one another’s back..
Jumma Mubarak!... 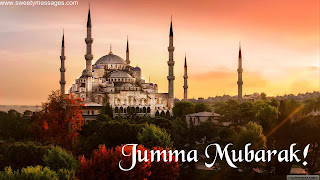 Indeed, with hardship there is relief
Jumma Mubarak!...


The right our Almighty Lord has upon us is for us to acknowledge to Him and be servants to Him. It is to be loyal and in submission to Him. For our purpose of creation is to have faith without any shadow of a doubt in the existence and oneness of Allah. It is to accept that all might and grandeur only belongs to Allah. It is to lead a life in line with His commands and bans...
Jumma Mubarak!


Pray that the lord will keep the love and grace bless this holy day and forever.
Jummah mubarak! 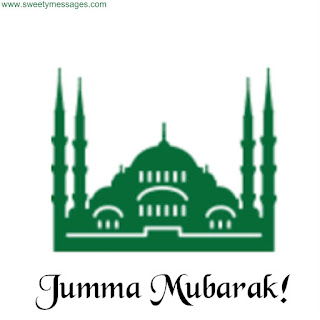 A MUSLIM IS THE BROTHER TO A MUSLIM. HE DOES NOT BETRAY HIM, HE DOES NOT LIE TO HIM, AND NOR DOES HE FAIL HIM IN TIMES OF DIFFICULTY…
JUMMA MUBARAK!


The first piece of advice given by Luqman (as) to his son was about oneness.
He said to his precious son: O my son, do not associate [anything] with
Allah Indeed, association with him is great injustice.”
Because when one becomes a servant to anyone other than Allah, it’s the biggest injustice to his Lord and himself...
Jumma mubarak!


The first condition of being a believer is sincere faith in the existence and unity of Allah, His messengers, angels, books, the Last Day, and that divine fate and destiny are ordained by Allah.
Jummah Mubarak!


The believer (Mu'min) is the one who sincerely submits to Allah.
Jummah Mubarak!


4 STEPS OF GREAT LIFE..!! 1- LOOK BACK AND THANKS ALLAH. 2- LOOK FORWARD AND TRUST ALLAH. 3- LOOK AROUND AND BELIEVE ALLAH. 4- LOOK IN YOUR HEAT AND FIND ALLAH. MAY ALLAH WITH YOU ALWAYS AND FOREVER..! GOOD MORNING JUMMA MUBARAK HAVE A NICE DAY


Muslims offer Jumma prayer on Friday.
All the prayers of that day should be accepted and appreciated because of the unity of all the Muslims in one mosque.
Allah bless us all.
Happy Friday!


Be in this world as if you were a stranger or a traveler
Jummah Mubarak !