Love seems the swiftest but it is the slowest of all growths. No man or woman really knows what perfect love is until they have been married a quarter of a century. ~Mark Twain

Matrimony—the high sea for which no compass has yet been invented. ~Heinrich Heine, "Musical Notes from Paris," translated from German by John Snodgrass

Marriage ceremony: an incredible metaphysical sham of watching God and the law being dragged into the affairs of your family. ~O.C. Ogilvie

A man in love is incomplete until he has married. Then he's finished. ~Zsa Zsa Gabor

Mother-in-law: a woman who destroys her son-in-law's peace of mind by giving him a piece of hers. ~Author Unknown


Bachelor: the only man who has never told his wife a lie. ~Author Unknown 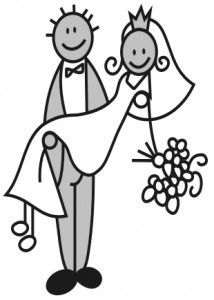 
My wife tells me she doesn't care what I do when I'm away, as long as I'm not enjoying it.


"What's for dinner?" is the only question many husbands ask their wives, and the only one to which they care about the answer. 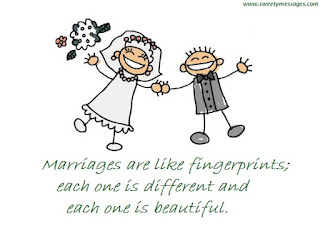 Most marriages can survive "better or worse." The tester is all the years of "exactly the same." ~Robert Brault,


Hubert Humphrey talks so fast that listening to him is like trying to read Playboy magazine with your wife turning the pages.


People do not marry people, not real ones anyway; they marry what they think the person is; they marry illusions and images. The exciting adventure of marriage is finding out who the partner really is. ~James L. Framo, "Explorations in Marital & Family Therapy"

Thus Dante's motto over Inferno applies with equal force to marriage: "Ye who enter here leave all hope behind."

Wasn't marriage, like life, unstimulating and unprofitable and somewhat empty when too well ordered and protected and guarded. Wasn't it finer, more splendid, more nourishing, when it was, like life itself, a mixture of the sordid and the magnificent; of mud and stars; of earth and flowers; of love and hate and laughter and tears and ugliness and beauty and hurt.

"I am" is reportedly the shortest sentence in the English language. Could it be that "I do" is the longest sentence?

One of the best things about marriage is that it gets young people to bed at a decent hour.

Marriage is like a bank account. You put it in, you take it out, you lose interest.

If you want to sacrifice the admiration of many men for the criticism of one, go ahead, get married.

A single man has not nearly the value he would have in a state of union. He is an incomplete animal. He resembles the odd half of a pair of scissors.

And when will there be an end of marrying? I suppose, when there is an end of living!

The surest way to be alone is to get married.

It's a funny thing that when a man hasn't anything on earth to worry about, he goes off and gets married.

The trouble with some women is that they get all excited about nothing — and then marry him.


Marriage is a book of which the first chapter is written in poetry and the remaining chapters in prose. ~Beverley Nichols


Valentine's Day is when a lot of married men are reminded what a poor shot Cupid really is. ~Author Unknown

Is not marriage an open question, when it is alleged, from the beginning of the world, that such as are in the institution wish to get out, and such as are out wish to get in?

You should never kiss a girl unless you have enough bucks to buy her a big ring and her own VCR, 'cause she'll want to have videos of the wedding.