PROPHET MUHAMMAD (PEACE AND BLESSINGS BE UPON HIM) IN JUMMAH MESSAGES

If only humanity had known Muhammad (peace and blessings be upon him), they would have fallen in love with him as Majnun fell in love with Layla. Whenever his name is mentioned, they would tremble with joy in anticipation of entering the ethos that surrounds him and those following his way wholeheartedly
Jummah Mubarak


He (peace and blessings be upon him)once related a dream: “They weighed me against ten people of my community, and I outweighed them. Then they weighed me against a hundred and then a thousand, and I outweighed them all.”He also related: “I was weighed against my whole community, and I outweighed it.”He outweighs all people of intellect, piety and spirituality, and faith and knowledge, for all other beings were created because of him. It is reported that God said to him: “But for you, I would not have created the spheres.
Jummah Mubarak

Pray to God every morning, saying seven times: “O my God, save me from Hellfire and make me enter Paradise among the company of the godly people.”
Jummah Mubarak


Allah loves the patient. He is with the patient.
Then come, let’s adopt patience and quiet as a maxim with the awareness that life is a test.
Jummah Mubarak!...

God took a covenant with the Prophets: “I have given you of Book and Wisdom; then there shall come to you a Messenger confirming what is with you—you shall believe in him and help him.” He said: “Will you affirm this, and take My load on you in this matter?” They answered: “We affirm it.” He said: “Bear witness, and I shall be with you among the witnesses.” (3:81)
Jummah Mubarak 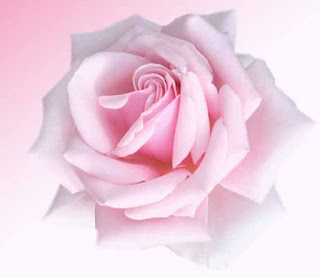 Sumayra, from the Dinar tribe, hurried to the battlefield when she learned that the Muslims had experienced a reverse in Uhud. They showed her her father’s corpse, and those of her
husband and sons, but she ignored all of them. She just kept asking what had happened to the Prophet. When somebody guided her to him, she threw herself to the ground at a short distance from his feet and exclaimed: “All misfortunes mean next to nothing to me, provided that you are alive, O Messenger of God!”
Jummah Mubarak


Prophet Muhammad expressed when they asked him about
who the best person among people was;
…Whose life is long and his deeds are good
Jumma Kareem !


A man is not a believer who fills his stomach while his neighbour is hungry
Jumma Mubarak !... 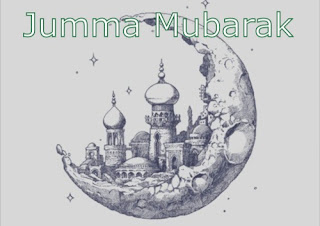 Dear Almight! Lead Us to the Right Path!
Jummah Mubarak!


Our Prophet (s.a.w.) says: “Appreciate five things before they are gone: Life before death, leisure before work, wealth before poverty, youth before old age, and health before sickness.
Jumma Mubarak!


Prophet (s.a.w.) described the ideal youth as Youth who find joy and peace in worshipping their Lord.
Jumma Mubarak!


Those who believe in Allah (swt) observe the consent of the Almighty Allah (swt) in everything they do.
They protect the rights of their family, relatives, neighbors, and employees.
They fulfill every job undertaken with the consciousness of trust.
Jumma Mubarak !... 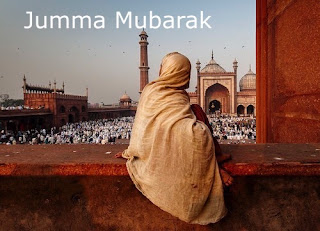 After Muhammad (peace and blessings be upon him) had declared his Prophethood, a Companion told him what he had done with his daughter: O Messenger of God, I had a daughter. One day I told her mother to dress her, for I was taking her to her uncle. My poor wife knew what this meant, but could do nothing but obey and weep. She dressed the girl, who was very happy that she was going to see her uncle. I took her near a well, and told her to look down into it. While she was looking into the well, I kicked her into it. While she was rolling down, she was shouting:
“Daddy, Daddy!”
As he was recounting this, the Prophet sobbed as if he had lost one of his nearest kinsfolk.1 Hearts had become hard. Every day a pit was dug in the desert for an innocent girl to be buried. Human beings were more brutal and cruel than hyenas. The powerful crushed the weak. Brutality was taken for humanity, cruelty received approval, the bloodthirsty were exalted, bloodshed was considered a virtue, and adultery and fornication were more common than legal marriage. The family structure had been destroyed. This dark period was followed by Islam. In addition to eradicating all other evils, God declared in the Qur’an: Do not slay your children because of the fear of poverty: We provide for you and for them (6:151).
Jummah Mubarak


The Prophet Muhammad pointed to the misfortune of a person, who would not be able to enter the heaven because of not getting the approval of either of his/her parents in old age, “Let him be humbled into dust.”
Jumma Kareem ! 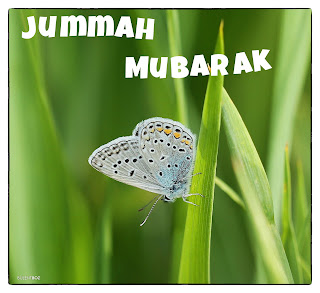 A Companion once asked God’s Messenger (peace and blessings be upon him) to talk about himself. He said: “I am the one for whose coming Abraham prayed and of whom Jesus gave glad tidings.”This alludes to the following Qur’anic verses:

(Abraham prayed): “Our Lord, raise up in their midst a Messenger from among them who shall recite unto them Your signs, and teach them the Book and Wisdom, and purify them. Verily you are the All-Mighty, the All-Wise.” (2:129)

When Jesus, son of Mary, said: “O children of Israel! I am indeed a Messenger of God to you, confirming that which was [revealed] before me in the Torah, and bringing good tidings of a Messenger who shall come after me, whose name is Ahmad [the Praised One].” (61:6)
Jummah Mubarak 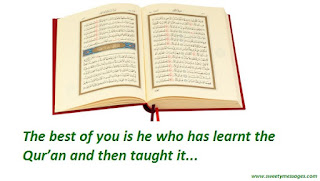 “The best of you is he who has learnt the Qur’an and then taught it.” (Bukhari)
Jummah Mubarak!

Pray to Allah sincerely believing it will be answered. Allah does not respond to prayers from a frivolous and indifferent heart
Jumma Mubarak!


O Allah, you are the source of absolute knowledge. You know everything rightly.
Jummah Mubarak!


“The seeking of knowledge is a must for every Muslim man and woman.” (Bukhari)
Jummah Mubarak! 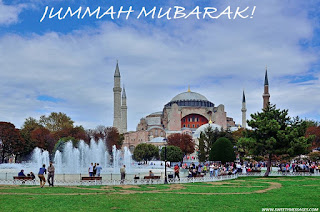 If the oppressor has cruelty, the oppressed has Allah
Jummah Mubarak!