The closest that a servant of God is to his Lord is while he is prostrating,
Jummah Mubarak!

Our Lord !
Verily We Have Heard The Call Of One
(Mohammed SAW) Calling To Faith:
‘Believe In Your Lord And We Have Believed In Ours’.
Forgive Us From Our Sins And Remit
From Our Evil Deeds
Jumma Mubarak.


Once the Salat is completed, spread out through the land and seek God's bounties, and remember God frequently, so that you may succeed.
Jummah Mubarak! 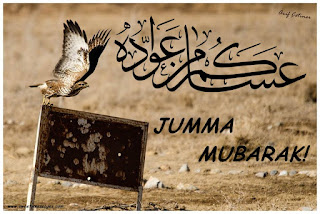 “By Allah, he has no faith (the Prophet repeated is three times) whose neighbours are not safe from his wickedness.” (Bukhari) “He is not a believer who eats his fill while his neighbours remains hungry by his side.” (Baihaqi)
Jummah Mubarak!


Sumayra, from the Dinar tribe, hurried to the battlefield when she learned that the Muslims had experienced a reverse in Uhud. They showed her her father’s corpse, and those of her husband and sons, but she ignored all of them. She just kept asking what had happened to the Prophet. When somebody guided her to him, she threw herself to the ground at a short distance from his feet and exclaimed: “All misfortunes mean next to nothing to me, provided that you are alive, O Messenger of God!”

O you who believe, when the call for the Salat has been announced on the day of Jummah (Friday), you shall hasten to the commemoration of God, and drop all business. This is better for you, if you only knew...
Jummah Mubarak! 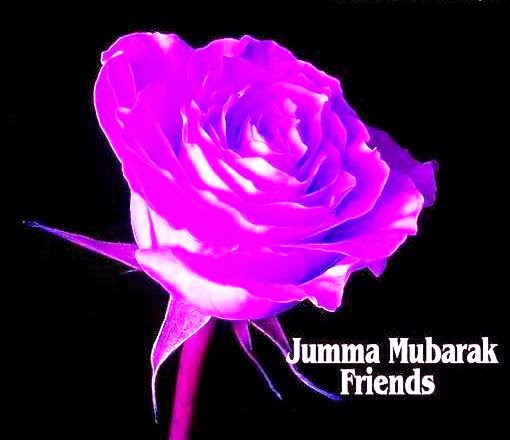 Among the seven days of the week, Friday is the day when Allah's Special mercies are granted. It is a day of gathering for the Muslims and rewards are increased. Many great events took place on this day, and yet to take place.

Allah has blessed us a complete surah about Jummah...."O you who have believed, when [the adhan] is called for the prayer on the day of Jumu'ah [Friday], then proceed to the remembrance of Allah and leave trade. That is better for you, if you only knew." [Al-Quran 62:9]


Those who believe in Allah (swt) cannot be rude and oppressive.
On the contrary, they value consultation in all their endeavors.
They adopt mercy and compassion as principle.
Jumma Mubarak !... 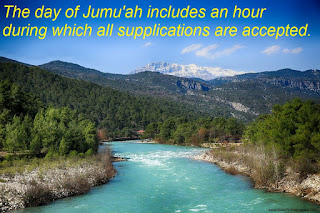 The day of Jumu'ah includes an hour during which all supplications are accepted. Abu Hurayrah, narrated that the Messenger of Allaah (ﷺ) said:


"On (the day of) Jumu'ah is an hour during which Allaah gives to a Muslim servant standing in prayer whatever he asks for.”[Al-Bukhaari and Muslim].

Our Prophet (s.a.w.) says: Strive in Jihad with your hands, your tongues and your wealth.
Jumaa Kareem!


The Messenger of Allah (s.a.w.) did not give up his cause. He always looked after the great entrustment of the Almighty. Because he was Muhammad the Trustworthy, the reliable prophet. He was always loyal, he always complied with the entrustment.
Jumma Mubarak! 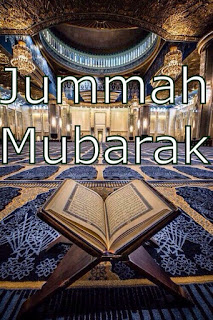 Pray is an Amazing Exchange.
you handover Your Worries to ALLAH.
And
Allah handsover His Blessings to You
Just keep Praying and Remember me too
JUMMA Mubarak!


“No father can give his child anything better than good man­ners.” (Tirmidhi)
Jummah Mubarak!


Be not like those who forgot Allah, so He made them forget themselves. Those are the defiantly disobedient.
Jumma mubarak!

Prayers & seeds are similar in nature. Both having nothing within, but have the potential of creating everything..!! So remember me in ur prayers
Jumma Mubarak!

Best cosmetic for the lips is truth,
For the voice is prayer,
For the eyes is pity,
For the hands is charity,and
for the heart is care
Always keep these in your heart.
Jumma Mubarak


May the Almighty never spare us the abundance and power of prayer. May He grant us to be among the happy ones whose prayers are answered
Jumma Mubarak!

An honest treasurer
who gives what he is
ordered to give fully,
perfectly and willingly
to the person to whom
he is ordered to give ,
is regarded as one of
the two charitable
persons
Jumma Mubarak!

Whenever you are in a position to help someone, just do it and be glad.
Because God is answering someone's prayers through you! Jumma Mubarak

Whenever you are in a position to help someone, just do it and be glad.
Because God is answering someone's prayers through you!
Jummah Mubarak


May the Almighty Lord grant us to spend the rest of our life in a better and more blessed way than the past. May He prevent us from leading a life that we cannot account for...
Jumma Mubarak!

When a husband and wife look at
each other with love,
ALLAH Look at them with mercy
Jummah Mubarak 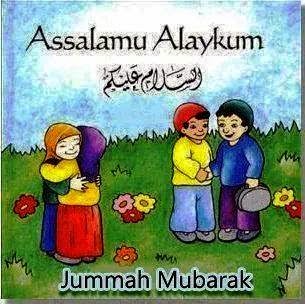 “Knock, And He'll open the door
Vanish, And He'll make you shine like the sun
Fall, And He'll raise you to the heavens
Become nothing, And He'll turn you into everything.”
Jummah Mubarak!


Allah does not love the prodigals.
Then, we must avoid squandering what we have earned and lavishly using the blessings Allah has bestowed upon us...
Jummah Mubarak!...

It was narrated from Aws ibn Aws al-Thaqafi that the Messenger of Allah (ﷺ) said:
Whoever does Ghusl on Friday and causes (his wife) to do Ghusl, and sets out early, and comes close to the imam and listens and keeps quiet, for every step he takes he will have the reward of fasting and praying qiyaam for one year.” (al-Tirmidhi, 496)

And when My servants ask you, o Muhammad, concerning Me - indeed I am near.
I respond to the invocation of the supplicant when he calls upon Me. So let them respond to Me by obedience and believe in Me that they may be rightly guided.
Jummah mubarak ! 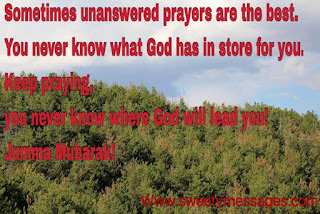 Know, that you are never alone when Allah is by your side JUMMAH MUBARAK

ALLAH is with you. You are not alone. Don't you feel HIS mercy upon you?! When you sin, HE is patient with you. When you repent, HE forgives. When you ask, HE gives. When you're hurt, HE heals. All praise be to ALLAH!
Jumma Mubarak 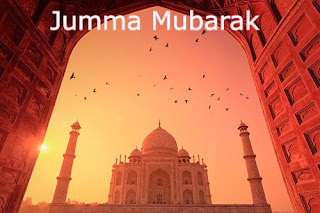 It is a day of ‘Eid that is repeated every week.
Jummah Mubarak!

O Allah! Increase Your blessings, don’t decrease them! Give us honor, not misery! Help us reach our goals, don’t spare them from us! Grant us to be among those who You favor and who favor You!
Jummah Mubarak!


People can give great advice, but only Allah gives perfect guidance. JUMMAH MUBARAK!

“He who believes in Allah and the last day should honour his guest.” (Bukhari)
Jummah Mubarak!

The Messenger of Allaah (ﷺ), said:
"The best day the sun rises over is Friday; on it Allaah created Aadam. On it, he was made to enter paradise, on it he was expelled from it, and the Last Hour will take place on no other day than Friday.”[Ahmad and At-At-Tirmithi].


The word of testimony is a statement of oneness and unity that brings us under the same faith, sentiment and ideals, banding us together and making us the ummah of our Prophet regardless of our region, language or race.
Jummah Mubarak!


The charity given in this day is more virtuous than the other days of a week. The Messenger (ﷺ) said: 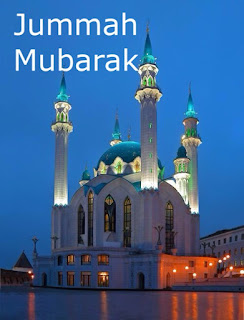 "Charity given during the day of Jumu'ah is greater (in reward) than any other day."

The Qur’an has a different kind of miraculousness for everyone and indicates this in the most perfect way. To people of eloquence and rhetoric, it shows its miraculous eloquence; to poets and orators, it displays its miraculous and uniquely exalted style, one that cannot be imitated although it is liked by everyone. The passage of time does not effect its freshness, so it is always new. Its metrical and hythmical prose and its verse have the greatest nobility and charm.
Jummah Mubarak!


One of the most significant values in our religion is family ties which means maintaining our relationship with our family and relatives.
It means sharing their joy and sorrow and acting as a safe port for one another.
It means lending them a helping hand when they need it and letting them up when they fall down.
It means relieving our mind and soul with the compassion, mercy, and fondness of one another when we get tired of the daily concerns of the world.
Jumma Mubarak!


It is a day on which sins are forgiven, as narrated by Salmaan (Ra.) who narrated that the Prophet, (ﷺ) said:
“Any man who performs Ghusl on Friday, perfumes himself if he has perfume, wears the best of his clothes, then goes to the mosque and offers as many prayers as he wishes while not harming anybody, then listens quietly while the Imaam speaks until he offers the prayer, will have all his sins between that Friday and the next forgiven.” [Al-Bukhaari]. 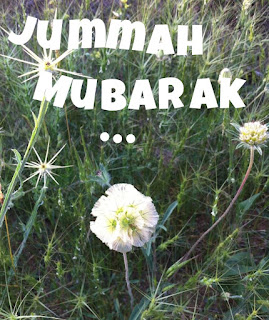 Dying on Friday, during the day or night, is a sign of a good end, for the one who dies on that day will be protected from the trial of the grave (i.e., Allaah The Almighty will enable such a person to be steadfast during it). The Prophet, (ﷺ) said:
“Any Muslim who dies during the day or night of Friday will be protected by Allaah from the trial of the grave.” [At-Tirmithi and Ahmad].


Allah (swt), the Lord of the Worlds, will certainly support those who endeavor to spread the good in the world, and will never leave them alone, nor unaided.
Jumma Kareem !


Prophet Muhammad expressed when they asked him about
who the best person among people was;
…Whose life is long and his deeds are good
Jumma Kareem !


Allah does not look at your outward appearance and your wealth but He looks only at your hearts and your deeds.