Let us regard every creature created by Allah (swt) as something entrusted to us from Him, and as a precious member of the family of the universe.
Let us turn mercilessness into compassion and mercy.
Let us, again, instill mercy in the conscience of the time.
Jumma Mubarak !


The clever person is the one who subjugates his soul, and works for what is after death.
And the incapable is the one who follows his desires and merely hopes in Allah.
Jummah Mubarak !


Appreciate the value of five things before five things come.
Your young age before old age, your health before sickness, your wealth before poverty, your leisure time before being busy, and your life before death.
Jumma Mubarak !

It is essential for believers not to curse their nafs, but to train it and equip it with good qualities; keep it under control for any desire against the boundaries drawn by Allah (swt), morality and conscience; and stand by what is good and by the good people while standing against what is evil and the evil people.
Jummah Mubarak !

O Allah grant to my soul the sense of piety and purify it, for You are the Best Purifier thereof.
You are the Protecting thereof, and Guardian thereof.
O Allah, I seek refuge in You from the knowledge that does not benefit, from the heart that does not entertain the fear (of Allah), from the soul that does not feel contented, and from the supplication that is not responded.
Jummah Mubarak ! 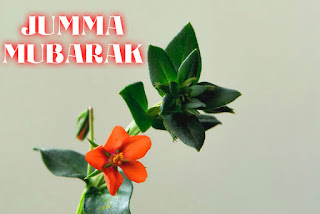 Mercy is to not leave our parents in solitude, but stretch our wings of compassion for them.
It is to be considerate, have a smiling face for our spouses, and say a couple of warm words for them. It is to be
forgiving and tolerant for our children, and treat them justly.
Jumma Mubarak !


Mercy is to caress an orphan’s head with mercy. It is to help those who are lost and in trouble.
It is to share our bread with the hungry and the homeless.
Jumma Mubarak !


Allah the Almighty (swt) has created human beings in the most beautiful way, and has equipped them with a sound mind, a firm will and a profound heart.
He has bestowed upon them the Qur’an and the exemplary of the prophets to distinguish right from wrong.
Jummah Mubarak ! 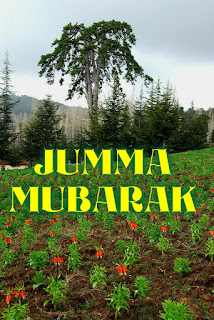 Mercy is to avoid any action to not distort the balance of the world.
It is to plant a sapling even it is the Doomsday.
It is to provide a bowl of food and water for the hungry and thirsty animals.
All in all, it is to ensure that the world is a livable, safe place for all living beings.
Jumma Mubarak !


Our Sublime Lord (swt) reminds us in the Holy Qur’an as: “And [by] the nafs and He who proportioned it;
And inspired it [with discernment of] its wickedness and its righteousness, He has succeeded who purifies it, and he has failed who instills it.
Jummah Mubarak !

Nafs is the battleground between the good and the evil.
The history of humankind is full of examples of people and societies who have driven themselves to devastation by following their nafs.
One of the sons of the Prophet Adam (as), Qabil killed his brother Habil, motivated by his ambition, malice, or following his nafs in other words.
The sons of the Prophet Yaqub (as) (Jacob) threw their brother Yusuf into the well because of their jealousy and becoming captives of their nafs. Fir’awn, Namrud, Qarun, Abu Jahl, and similar people all followed their nafs, turned their back on the guidance of the revelation, and by feeling confident in their throne, power, wealth, and own self, they finally became destroyed in this world and doomed to the punishment in the Hereafter.
Jummah Mubarak 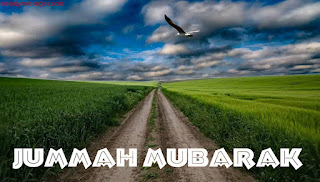 Does man think that he will be left neglected?
Jumma Mubarak !...

O you who have believed, fear Allah and speak words of appropriate justice.
He will [then] amend for you your deeds and forgive you your sins.
And whoever obeys Allah and His Messenger has certainly attained the highest achievement.
Jumma Mubarak !....

A combination of blasphemy and faith, lying and righteousness, treason and trustworthiness cannot coexist in a person’s heart together ....
Jumma Mubarak ! ...

The first moral virtue that comes to mind when we think of Muslims is, again, truthfulness.
Because truthfulness is the light of salvation, the essence of hidayah (guidance), and a requirement of high morality.
True word is the voice of faith; and telling what is right is the principle of the believer.
In this context, our Beloved Prophet (saw) said: “He who believes in Allah and in the last day should either speak good or keep silent"
Jumma Mubarak !....


It is obligatory for you to tell the truth, for truth leads to virtue and virtue leads to Paradise.
The person who continues to speak the truth and endeavors to tell the truth is eventually recorded as ‘truthful’ with Allah.
And beware of telling a lie for telling a lie leads to obscenity and obscenity leads to Hell-Fire.
The person who keeps telling lies and endeavors to tell a lie is recorded as ‘liar’ with Allah.
Jumma Mubarak ! ....


Beware! If you were not to give him anything, a lie would be recorded against you.
Jumma Mubarak !...