Every year on the tenth of Muharram every believer who has faith in their hearts feels pain and deep sorrow because on the 10th of Muharram in Hijri 61is the date when 70 persons mostly companions of Prophet Muhammad, peace be upon him and Hazrat Hussein, the grandson of the Prophet who he called “my flower on earth, my basil” and described him as “the lost of the youth in heaven” and the loved ones of Hazrat Murtaza and Hazrat Fatima were martyred at Karbala.

This pain which sent fires into the hearts is the common sorrow of all the believers who feel affection for the Prophet, for his companions and for the house of Muhammad. Our literature as a whole with its eulogies, hymns, poems written for Karbala, encomia is the greatest witness to this.

It should be known that the march by Hazrat Hussein at Kufe was to speak out for righteousness, to resist against oppression and tyranny and the establishment of rights and justice. When studied carefully we can observe that the only concern of Hazrat Hussein in his speeches and messages was to only win the consent of Allah within the framework of universal moral principles of Islam, create fraternal bonds and awareness between believers opposed to tribalism and to establish rights and justice according to the teachings of our beloved Prophet. Hazrat Hussein who did not have even a minute speck of hypocrisy, a desire to achieve self-interests, any greed, a passion for worldly desires or a desire for office set a correct6 example in the fight against evil and oppression and has displayed a stance which showed the difference between those who voluntarily believe and those who pretend to believe hoping for gains. Hazrat Hussein has opposed oppression, tyrants and injustices and with his martyrdom has won against the tyrants. The path for which Hazrat Hussein and his companions shed their life for is the path of Prophet Muhammad Mustapha, may peace be upon him. To understand what happened in Karbala, to live what occurred in Karbala means to feel deep affection for righteousness, for the truth, for freedom and justice. Karbala is the name of the resistance against injustice. 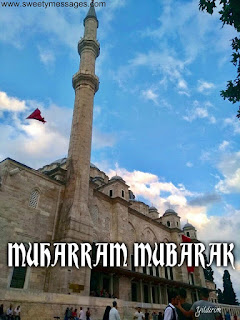 What falls upon us today is to read into Karbala properly and understand it correctly. We should not turn it into a story of the past, a myth or a legend and we should draw lessons and conclusions from it.

Karbala shows us how those who hold power in their hands become tyrants when they distance themselves from faith, from morals, from virtues and from human values. It shows us how tyrants disregard all values for the sake of preserving their power.

To understand Karbala means to live like Hazrat Hussein. Karbala means to hold the weight of the Almighty above everything else. It means never to turn your hearts into a Karbala. No Muslim who feels the pain of Karbala deep in their hearts and souls can think like the Yezidis who deemed proper this cruelty for the Karbala martyrs, no Muslim can act like the Shemirs or live like the Zulcevshahs. Especially no Muslim can carry the grudge of Karbala to modern times. Such Muslims would be aware that the greatest goal of Hazrat Hussein was to avoid the repetition of other Karbala incidents after him.

The duty that falls upon us is to see to it that we produce unity and solidarity in the Islamic geography from Karbala and not discord and division. We have to create love and affection from all this. Let no one forget that neither those who fell as martyrs in Karbala are the representatives of Shia nor do the Sunnis represent the cruel people that made us experience the Karbala disaster. No one should forget that there is no sect or disposition fort he cruel or the oppressed. Both the Sunni and the Shia display the same sensitivity in view of the painful incident experienced at Karbala. To create discord and division in the Islamic geography over this incident and use it as a reference for mass conflict will only help efforts to spoil Islamic fraternity and unity. The Muslim believer is the person with conscience who stands up to the tyrant to help the oppressed no matter where they are.

However, today we witness with sadness that the events experienced in the Islamic geography show that Muslims irrespective of their sect or disposition still have not read Karbala, Hazrat Hussein and his companions properly and understand what they stand for. That is why so many Karbala incidents are being experienced in our geography of the heart. Muslims blood is being spilt by brothers. The dignity, honor and pride of Muslims is being destroyed by their very own brothers in a way that has never been experienced in history. Millions of people are being driven out of their homes and their lands or losing their lives because of wars, terrorism and oppression. Children are losing their hopes and their dreams for the future. So many of our innocent, oppressed and deprived brothers and sisters are losing their lives in the deserts of Karbala like our beloved Hazrat Hussein. Until today we have been accusing others for our problems and seeing the reason for all this in their insidious plots. However, now we have to look inwards and ask ourselves where did we go wrong. We have to review our methods of educating our people. We have to put the saying “no person who prays towards the Kaaba can be declared an unbeliever” into practice and remind everyone that those who declare “I am a Muslim” remains in the circle of Islam and no one has the authority to declare them a non-Muslim. We have to put an end to the course of events. That is why there is a necessity for the Muslims to develop a common language, a common culture, a common thought and a common unity of the hearts and souls irrespective of their sects, disposition, language, cultures or lands so that we do not experience other Karbala incidents. 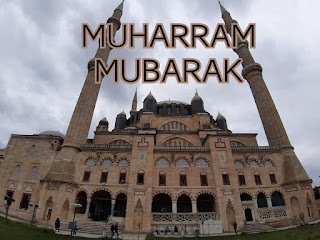 With these feelings and views we once again send our salutations and greetings to our beloved Prophet Muhammad Mustapha as his very proud followers, to his companions and the members of the House of Muhammad, to Hazrat Ali and his companions including Mustapha, to HazratHatice, to Hazrat Fatima, Hazrat Hassan, HazratZeynep, especially to Hazrat Hussein on the 1375th year of his martyrdom, to all the Karbala martyrs and to all those who have shed their lives of righteousness, for the truth, for justice, for moral values, for wisdom and virtues, for dignity and honor. We remember their dear memories with blessings, gratitude, respect and condolences. I wish from the Almighty to grant us the continuation of peace, tranquility, security, mutual affection and respect for our nation which has been locked around the love and affection for the Prophet and the members of the House of Muhammad and for all the Muslims living in the geography of our hearts.

In the name of Allah, the most merciful, the most compassionate.

As the Islamic world, every year when we enter a new year of the hegira we remember and rejoice
in all aspects and meaning of the “Hijra,” the migration or journey of our beloved Prophet Muhammad (pbuh) from Mecca to Medina. However, this happiness turns to deep sorrow as Prophet Muhammad’s (pbuh) grandson Husain and more than seventy innocent people ,most of them  members of the "Ahl-Al-Bayt"( the family of Prophet Muhammad (pbuh)) were brutally murdered for the sake of political ambitions  on the tenth day of Muharram in the 61st year after Hijra.

Husain and his friends who were  martyred are enshrined in the hearts of Muslims with their dignified stance  in this sorrowful incident and
honorable struggle against unjust acts and those who murdered them have been condemned in the conscience of mankind. Karbala that was one of the major incidents that deeply influenced the Islamic world after the Prophethood of Muhammad (pbuh), should not be a source of division and conflict for Muslims. The Karbala incident is not a criterion for sectarian differences that should be considered as grace. Neither those who were martyred in Karbala are representatives of Shiism, nor do oppressors who were responsible for the Karbala disaster represent Sunnism. Neither the sect nor the nature of oppressors and the oppressed matters. Wherever a Muslim is, he is a conscientious person who stands by the oppressed against oppressors. Both Sunnis and Shiites show the same sensitivity to the Karbala tragedy. Giving a reference to all-out conflict by saying that there is division in the Islamic geography by using this tragedy, will be giving credence to political engineering to destroy Islamic brotherhood and unity.

I regret to say that, today, extreme ends of both sides are an instrument to this political engineering. Massacres are taking place in many Islamic towns, Iraq and Syria in particular, within this context. Today, the duty of Muslims is to defend unity and brotherhood of the Muslim community without dwelling on sectarian divisions.

What should be done today is to understand Husain. What should be done today is to question how those who murdered Husain with intrigues, left him without water in the desert of Karbala and murdered him can consider themselves Muslims. A way to understand Husain once again today, is to sort out the seeds of hatred and revenge that have infiltrated our history and start reading about him once again in a world of deep thoughts that will make him a symbol of unity and solidarity. Undoubtedly, when we talk about unity and solidarity we mean our true and loyal friends, oppressed and aggrieved people. The path of Husain’s supporters is clear.

With these feelings, I remember Husain, the master of martyrs and all those martyred in Karbala with respect and longing. May Allah rest their souls.  I greet with respect their valuable memories that continue with Zayn al-Abidin and Ahl-Al-Bayt-i Mustafa. I supplicate to Allah to make our nation that has been united with love for the Prophet (pbuh) and Ahl-Al-Bayt for centuries, to continue to live in a peaceful, safe and respectful environment. May Allah make us the inheritors of Husain who behave according to his aims and faithful servants who are remembered as the oppressed and not oppressors and stand by the oppressed against oppressors!