CHRISTIAN QUOTES ON THE RESURRECTION OF JESUS CHRIST


Our sin reached its full horror and found its most awful expression in the cross.
(Colin Smith)


The tomb of Christ is famous because of what it DOES NOT CONTAIN.
(Sam Morris)


We live and die; Christ died and lived!
(John Stott)


he resurrection of Jesus changes the face of death for all His people. Death is no longer a prison, but a passage into God’s presence.  Easter says you can put truth in a grave, but it won’t stay there.
(Clarence W. Hall)


The primary source of the appeal of Christianity is Jesus – His incarnation, His life, His crucifixion, and His resurrection.
(K. Latourette) 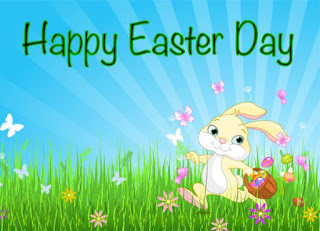 Luke associates John with Peter in Acts, when, after the Resurrection, that strange boldness had come upon the disciples.
(Alfred Noyes)


The cross is a one time visual representation of God’s grief over sin.
(Dean L. Harvey)
29. “


Live in the awareness that Christ lives and that He lives in His people.
(Julien B. Weil)


The best proof that Christ has risen is that he is still alive. And for the immense majority of our contemporaries, the only way of seeing him alive is for us Christians to love one another.
(Louis Evely


All of heaven is interested in the cross of Christ, hell afraid of it, while men are the only ones to ignore its meaning.
(Oswald Chambers)


According to the laws of legal evidence used in courts of law, there is more evidence for the historical fact of the resurrection of Jesus Christ than for just about any other event in history.
(Harvard Law Professor Dr. Simon Greenleaf)


d dHear the bells ringing they’re singing “Christ is risen from the dead!” / The angel up on the tombstone said / He is risen just as he said!
(Keith Green, “The Easter Song”)


There is no historic incident better or more variously supported than the resurrection of Christ.
(Brooke Foss Wescott)


Our Lord has written the promise of resurrection, not in books alone, but in every leaf in springtime.
(Martin Luther)


The resurrection power of Jesus broke Satan’s captive power. When He led the Old Testament saints from paradise to heaven, He led captivity captive!
(Leon Morris)