In the last ten days of Ramadan, Muslims all over the world seek out Laylatul Qadr or the Night of Power after breaking their fast.  In the Quran it is stated that good deeds performed in this special night through fasting, prayer and charity giving are equal to those performed over a thousand months.
Laylat-al Qadr Mubarak!


Narrated Aisha:
Allah's Apostle said,
Search for the Night of Qadr in
the odd nights of
the last ten days of Ramadan
Laylat-al-Qadr Mubarak


May our Great Lord guard our nation against all sorts of disasters, troubles, and these heinous attacks.
May our Lord never give the opportunity to those who attack our nation’s solidarity, togetherness, and fellowship.
LAYLAT AL-QADR MUBARAK ! .....


Lailatul Qadr Dua In English
O Allah!
“You are the Forgiver and You like forgiving, so forgive me”
Qadr Night Mubarak!


Laylat-Ul-Qadr
What A Night !!
Wake One Another !!
No Night Could Be Better,
And No Gift Could Be Better Than A Guide,
For The Journey Of Life !!
It Is Recommended To Spend,
A Part Of The Nights In Prayers..
“Seekers, Winners, Sleepers, Losers” 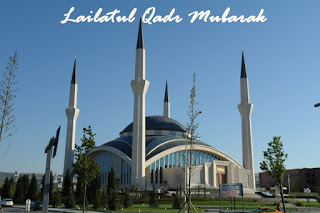 Comes The Time Of “Lailatul Qadar” And The Last Ashra Of Hope And Salvation,
I Feel The Need To Ask Forgiveness From You.
I Might Have Hurt You Intentionally Or Unintentionally,
Back-Bite About You, Ignored You ,
I Truly Asked For Forgiveness


Hazrat Aisha Radiallah Anha stated that I asked Rasool Allah peace be upon him,
“If I find Lailatul Qadar then what should I do? HE peace be upon him said, recite this Dua.
“ALLAH HUMMA INNAKA A’FUVUN TOHIB BUL AFVA FA’AFU ANNI” (Tirmidhi) 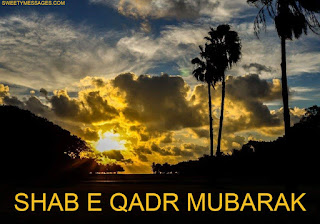 please take advantage of this night, from sunset till sunrise.
Offer nawafil (prayers), recite QUR’AAN, do repent (Istaghfar),
and Pray for pardon, recite many many Salawat
and make benediction.
Qadr Night Mubarak! 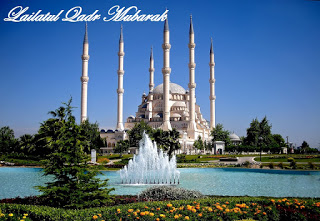 Lailatul Qadr Hadees in English
Narrated ‘Ibn Abbas (Radi Allah Anha) in this quotation: Allah’s Messenger (sal-allahu- alleihi-wasallam ) said:
“The Night of Qadr is in the last ten nights of the month of Ramazan either on the first nine or in the last (remaining) seven nights of Ramazan.


The Night of Qadr

In the Name of Allah, the Compassionate, the Merciful
Surely We revealed it (Quran) on the Night of Qadr - And what do you know about what Night of Qadr is - The Night of Qadr is better than a thousand months - The angels and the Spirit descend in it by the permission of their Lord  every command - It is peace till the break of the morning
(The holy Quran, Chapter 97 (Surah al-Qadr))


“The Night of Power is better than a thousand months.” [97:3 The Holy Quran]

The Messenger of Allah Muhammad [Peace be upon him] is reported to have said:
“It [laylatul qadr] is in Ramadhan, during the last ten days, on the unevenly numbered nights, either the 21st 23rd, 25th, 27th, 29th or the last night of Ramadhan.


Only by doing that can we obtain spiritual developments on Laylat al-Qadr that can last a lifetime.
Only by placing value on Quran’s messages of peace and well-being can we comprehend the fact that Allah’s angels descended upon the Earth to bring peace and wellbeing.
Only by leading our lives with the motto “Consider every guest Khidr, and every night Qadr!” can we make proper use of Laylat al-Qadr.
Only then can the night of honor, dignity, and reputation earn us honor, dignity, and reputation
LAYLAT AL-QADR MUBARAK ! ..... 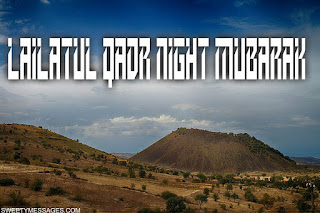 We are in an exceptional period where we are experiencing the spiritual atmosphere of Laylat al-Qadr and also the joy of Eid is upon us
LAYLAT AL-QADR MUBARAK ! .....


Whosoever stands in “Ibaadah” on this night, with sincere faith and with genuine hopes of gaining reward, his previous sins will be forgiven.
Qadr Night Mubarak!

Among the signs of this night is that it is a serene, quiet, shining night, neither hot, nor cold but temperate as if a moon is shining clear, and no meteors are shot at the “Shayateen” on that night; it lasts until the break of the dawn. Another sign is that at morn, the Sun rises without any radiant beams of light, appearing rather like the moon in it’s fullness. On that day, Allah prohibits the “Shayateen” from rising up with the Sun.”[Hadith]
Qadr Night Mubarak!


The Prophet said: "Whoever prays during the night of Qadr with faith and hoping for its reward will have all of his previous sins forgiven." (Bukhari and Muslim recorded from Abu Huraira).
Qadr Night Mubarak!