Laylat al-Qadr
Let us treasure this night, which is better than one thousand months.
Let us review our lives, repenting on our sins, and question ourselves again.
With this occasion, I celebrate your Night of Qadr, and I pray to Allah Almighty that it bring much goodness for our country, our nation and the entire Islamic world

I congratulate the holy Qadr Night of everyone in our nation and in our geography of the heart as well as all the Islamic World, and wish that we all benefit from the blessings and richness of the Qadr Night, that our prayers be accepted, that the humanity and especially the Islamic world to overcome the current hard times as soon as possible, the cassation of the bloodshed immediately and pray to Allah that we reach the Eid holiday at the end of Ramadan in health, welfare, tranquility and happiness.
Qadr Night Mubarak!


Praise be to our Lord who has granted us to see the most virtuous of nights, Laylat al-Qadr. Have a blessed one.

Qadr Night is the occasion where Allah was revealed to the minds that were buried in the torment of ignorance ....
Laylat al-Qadr Mubarak!

Qadr Night is such a night where the Almighty has started to reveal the Quran which is the heart of the holy month of Ramadan. The Quran has been revealed to the minds that were buried in the torment of ignorance, it was revealed to remind humanity of the purpose of life that had lost its reason for existence that had forgotten where it came from and where it headed. Every year on the occasion of the Qadr Night Allah reminds us over and over again that the way to enhance this occasion is to understand the value of the Quran. To understand the importance of this night we have to open our hearts to the blessed holy light of the Quran. We have to enlighten our inner darkness and the mirror of our conscious by reading the Quran word by word, verse by verse. We have to process every verse through our moral world and shape our existence through the Quran and build our life accordingly.
Laylat al-Qadr Mubarak!


Comes The Time Of “Lailatul Qadar” And The Last Ashra Of Hope And Salvation,
I Feel The Need To Ask Forgiveness From You.
I Might Have Hurt You Intentionally Or Unintentionally,
Back-Bite About You, Ignored You ,
I Truly Asked For Forgiveness 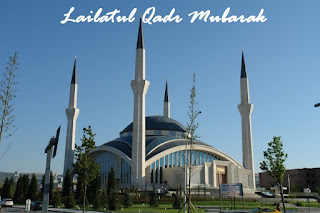 ::: LAYLAT-UL-QADR :::
What A Night !!
Wake One Another !!
No Night Could Be Better, And
No Gift Could Be Better Than A Guide,
For The Journey Of Life !!
It Is Recommended To Spend,
A Part Of The Nights In Prayers..
“Seekers, Winners, Sleepers, Losers” 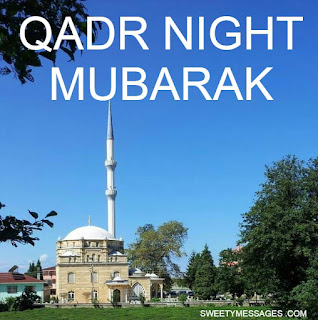 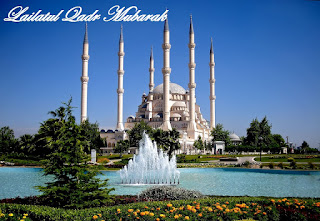 The Muslims have now assembled around the fire pit because we failed to comprehend compassion loaded messages of the Quran ...
Qadr Night Mubarak!

Allah considers this night to have a higher value than nearly 30,000 ordinary night4. Such comparison of the holy Quran is an obvious proof for the high value and great magnificence of such night.
Qadr Night Mubarak! 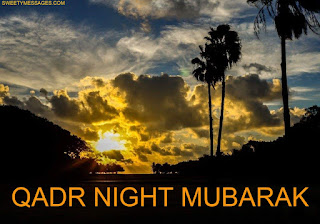 The Night of Qadr

In the Name of Allah, the Compassionate, the Merciful
Surely We revealed it (Quran) on the Night of Qadr - And what do you know about what Night of Qadr is - The Night of Qadr is better than a thousand months - The angels and the Spirit descend in it by the permission of their Lord  every command - It is peace till the break of the morning
(The holy Quran, Chapter 97 (Surah al-Qadr))


please take advantage of this night, from sunset till sunrise.
Offer nawafil (prayers), recite QUR’AAN, do repent (Istaghfar),
and Pray for pardon, recite many many Salawat
and make benediction.
Qadr Night Mubarak! 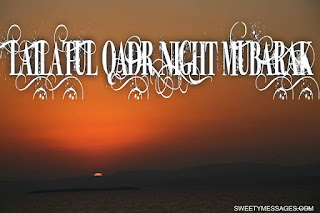 
Lailatul Qadr Hadees in English
Narrated ‘Ibn Abbas (Radi Allah Anha) in this quotation: Allah’s Messenger (sal-allahu- alleihi-wasallam ) said:
“The Night of Qadr is in the last ten nights of the month of Ramazan either on the first nine or in the last (remaining) seven nights of Ramazan.


Whoever establishes the prayers on the night of Qadr out of sincere faith and hoping to attain Allah's rewards (not to show off) then all his past sins will be forgiven
LAYLAT AL-QADR MUBARAK ! .....

What makes Laylat al-Qadr so valuable is the fact that it witnessed the first revelation of the Great Quran, “the book of our reason of existence.”
What makes Laylat al-Qadr more special is the fact that the graceful, universal messages of the Holy Quran began to be sent down on this very night.
And for that reason, we should look for the value, the power, the grandeur, the might, and the holiness of Laylat al-Qadr in our Holy Book that saves humanity from darkness.
And we must let the Quran into heavens of our hearts which descended into the heavens of the Earth on this night.
LAYLAT AL-QADR MUBARAK ! .....


In the last ten days of Ramadan, Muslims all over the world seek out Laylatul Qadr or the Night of Power after breaking their fast.  In the Quran it is stated that good deeds performed in this special night through fasting, prayer and charity giving are equal to those performed over a thousand months.
Laylat-al Qadr Mubarak!

Narrated Aisha:
Allah's Apostle said,
Search for the Night of Qadr in
the odd nights of
the last ten days of Ramadan
Laylat-al-Qadr Mubarak


Lailatul Qadr Dua In English
O Allah!
“You are the Forgiver and You like forgiving so forgive me”
Qadr Night Mubarak!

Allah (SWT) mention the special features of this night. Having such features causes the Night of Qadr to have special and unique effects among the other nights of the year. For example this night is called Mubarak5. Mubarak means full of mercy and blessing. Applying such a word for the Night of Qadr states that this night has the capacity of abundant blessing to the degree that the revelation of the holy Quran has taken place in this night. Also due to the abundant blessing in this night the gates of forgiveness and mercy of Allah (SWT) is open to people.
Qadr Night Mubarak!

All affairs destined to happen in the universe and also to each person and other creatures in the following year, are made clear in this night. Moreover the angels will descend these destined affairs in the form of divine command...
Qadr Night Mubarak!


Lailatul Qadr Hadees in English
Narrated ‘Ibn Abbas (Radi Allah Anha) in this quotation: Allah’s Messenger (sal-allahu- alleihi-wasallam ) said:
“The Night of Qadr is in the last ten nights of the month of Ramazan either on the first nine or in the last (remaining) seven nights of Ramazan.

Laylat al-Qadr
Let us treasure this night, which is better than one thousand months.
Let us review our lives, repenting on our sins, and question ourselves again.
With this occasion, I celebrate your Night of Qadr, and I pray to Allah Almighty that it bring much goodness for our country, our nation and the entire Islamic world